Celebrate NAIDOC Week 2020 from home by singing and dancing along with performers Gumaroy Newman and Lisa Lawrence. Gumaroy will share some tips on playing the Yidaki (didgeridoo), teach you to sing Happy Birthday and count to five, share some stories about his family, and recite some of his poetry for you.

Gumaroy Newman is an Indigenous performer, yidaki (didgeridoo) player, traditional song man, poet and cultural educator. An engaging performer and proud man descending from the Wakka Wakka and Gamilaroi nations, he has performed at festivals including the Glastonbury Festival, Edinburgh Folk Festival and Woodford Folk Festival. He has worked with His Holiness The Dalai Lama and with artists such as Arrested Development, Michael Franti, Bunna Lawrie, Ganga Giri, Shane Howard and Shannon Knowles.

Lisa Lawrence is a traditional dancer and singer from the Waanyi Gugu Thaypan nations. Her mother is originally from Palm Island, the Bwcolgman Nation, which means ‘many tribes united’. She has been a guest performer for many groups, festivals and artists during her career spanning over 30 years. 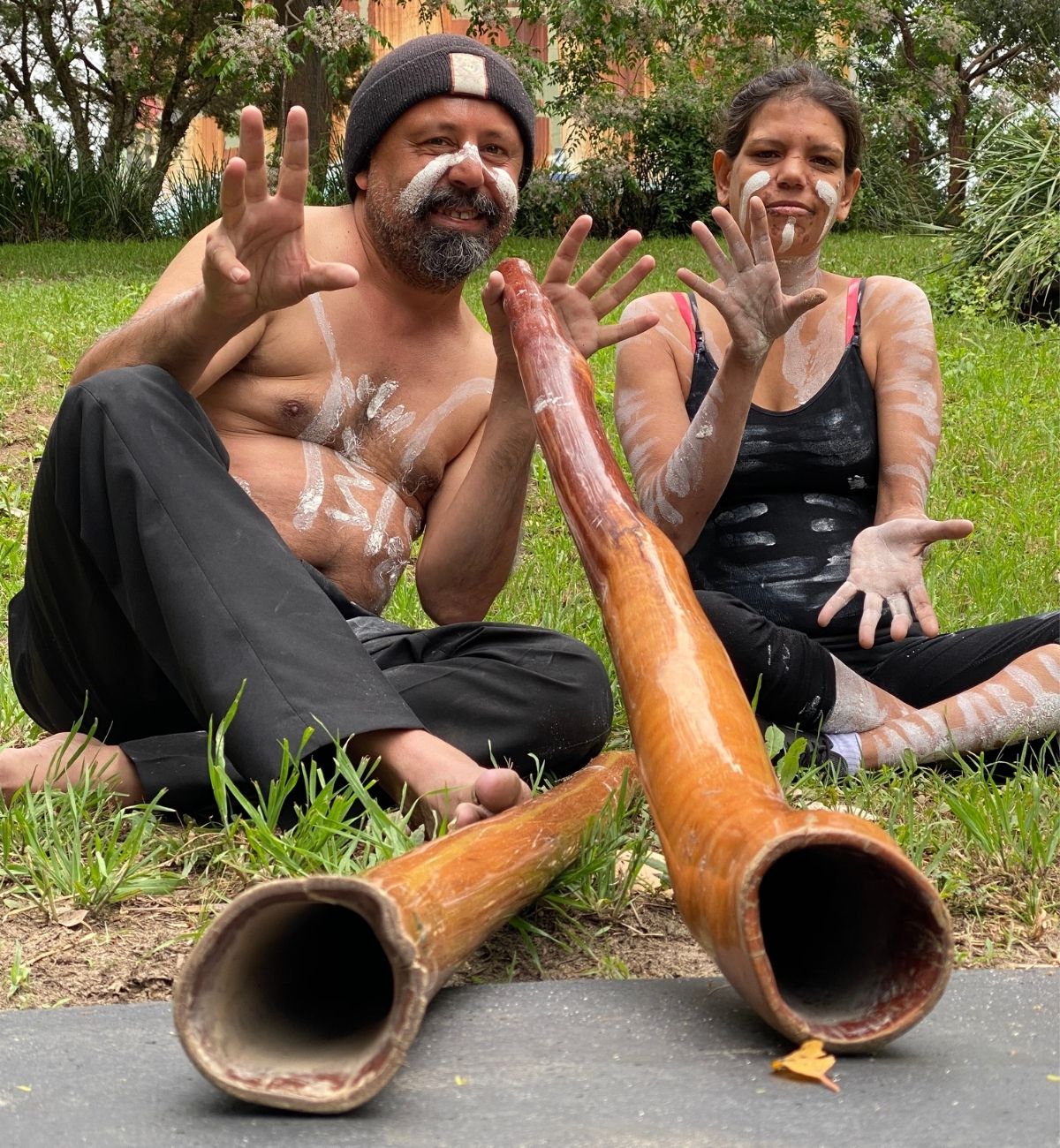