Yorkshire born Lucy Osburn (1836-1891) was the founder of modern nursing in Australia who also pioneered the employment of high-status professional women in public institutions.

Osburn learned her vocation at Florence Nightingale's school of nursing in London, with Lucy handpicked to lead the first international envoy of Nightingale Nurses to reform nursing in the colony in 1868.

Osburn's story is a sad saga of triumphs and trials in New South Wales that typifies the struggles the colony, vilification by the press, trial by Royal Commission, of manipulation at the hands of the Sydney surgeons, embroilment in a royal shooting and ultimate rejection by her heroine.

However, thanks to her remarkable resilience, Lucy eventually succeeded.

Come and learn more about Lucy Osburn and her fascinating story.

This talk draws on her first book, Lucy Osburn, a Lady Displaced. Florence Nightingale's Envoy to Australia (print on demand with Sydney University Press) which was short-listed for Australia's National Biography Award. Lucy Osburn remains one of her favourite historical people.

Lucy Osburn, a Lady Displaced: Florence Nightingale’s Envoy to Australia This is the definite account of Lucy Osburn (1836-91). Lucy Osburn is the founder of modern nursing in Australia and learnt her vocation at the Nightingale School of Nursing in London. This book was short-listed for Australia’s 2008 National Biography Award.

Dr Judith Godden is a semi-retired freelance historian who works on varied commissioned projects, researching and editing. She was an academic at the University of Sydney for over 20 years and has published widely, mostly on the history of healthcare, social welfare and biography.

For more about Judith, see www.judithgodden.com.au 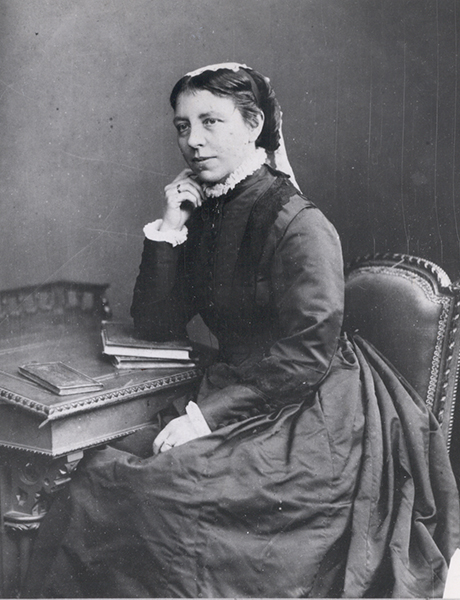